Does business data overwhelm you? 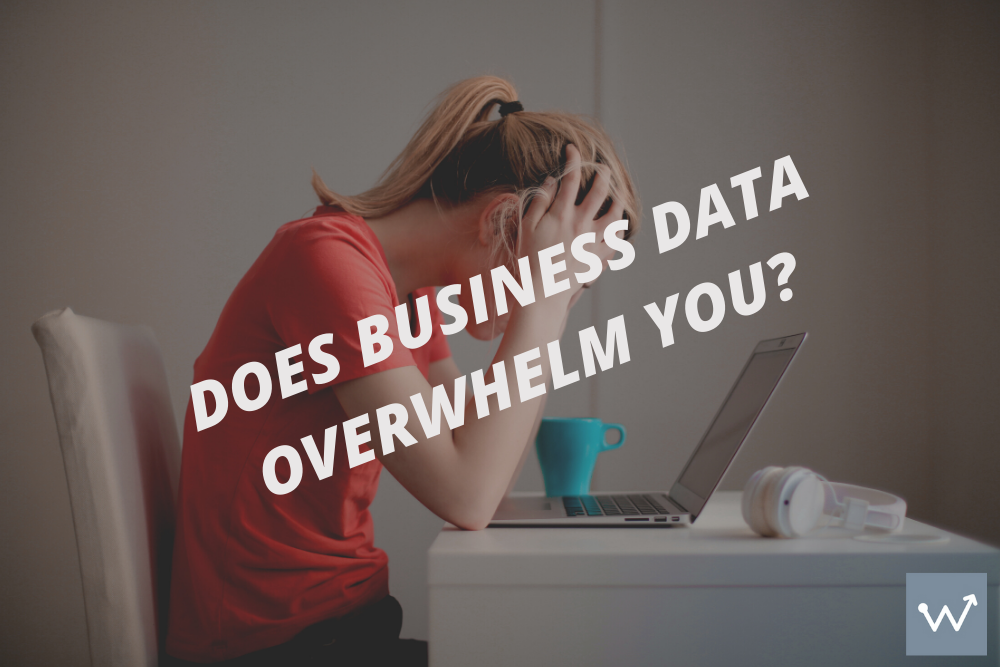 Do you have data in front of you that you just don’t have time to look at, or when you look at it, you’re just not really sure what it all means?

It’s critically important that you educate yourself in this area as a business owner, as an entrepreneur, because numbers are the language of business.

You have probably heard me say this before, but it’s true. It’s the scorecard. It’s a profit and cash flow game and the way to win is to understand the score.

So, it’s really really important that you start to learn how to interpret the numbers or you surround yourself with people that can break it down and make sense of it for you.

What often happens is business owners make assumptions based on what they’re observing or what they think is happening. Whether it’s a feeling or they’ve heard something while at work.

But, what we need to do is ensure that this is supported by data.

I’ll give you an example.

We are working with a company and they do a lot of social media marketing. So, they’ve got paid Google, Social and they’ve got SEO. Anyway, in their retail shop, they ask “how did you hear about us? People say “Instagram, Instagram, Instagram”. So this company decides to do more Instagram. Then a week later, they’re hearing “Facebook, Facebook, Facebook”. So then, they decide to roll with more Facebook. And they are jumping back and forth between the two platforms based on what they are hearing.

Once we delved into the numbers and we looked at what they were spending on Facebook,  what traffic it was driving, what posts are going up on Instagram, what engagement is that getting? We actually saw that there were synergies between the two and it was not one more than the other, but the fact that they were being done simultaneously, that was increasing the air time that they had in driving more traffic in. So, in this particular scenario, it wasn’t about doing more of one than the other because in over a span of a three week period, we had one week was more Instagram, one week was more Facebook.

You’ve got to be really careful to not make quick off the cuff decisions without delving in a little bit further.

What we did realize was over that period, we had a really really strong offer that seemed to respond on all channels.

We were monitoring the amount we were spending with the result we were getting off the back to confirm our assumptions.

The only reason we could keep dialling things up was that we were doing it from a place of strength and confidence because the data was telling us that it was working.

I think it’s really really important that the interpretation of data is done well, you can’t look at things necessarily in isolation. You’ve got to look at the combination of numbers in these areas and draw your conclusions, but you’ve got to have your finger on the pulse. You’ve got to make sure you’re looking at the right information and the right time, to make strong decisions.

Talk to a CFO. Make Informed Decisions About Your Business.